A selection of projects I recently worked on

x-blu was formed in 2021 and are avant-garde punkists who play out like Joy Division meets Nico. Their influences include The Velvet Underground, New Order, Sam Fender, The Doves and 70s disco/funk.

After a long break from music, I returned to the industry to join x-blu, bringing both my musical skills and my experience of digital services and music production to the band.

I play an active role in x-blu as the keyboard player and Digital Director, and have also developed their website. My skills compliment the creative, vocal and musical skills of Dani Tagen (vocals, production and Creative Director) and the musicianship and production skills of Gary Parker (guitar, keyboards, vocals and production) and add a distinct digital dimension to the band's unique sound.

VidCareer has been my biggest achievement so far. It's a start-up idea that began during my time at the University of Kent. VidCareer is a recruitment platform that helps small businesses connect with candidates via online career events - like careers fairs - but delivered virtually. There are clear benefits for both parties: less time and money spent on networking events, and it's kinder to the environment too.

For the last several months, I have been developing a fully-functional prototype platform that has helped keep my coding skills up-to-date.

I've designed and created the entire site from scratch, making use of a range of technologies, languages and APIs. PHP, HTML, CSS, SQL, JavaScript, Bootstrap and the GoToMeeting REST API are some of the features implemented.

In April 2018, I was delighted to find out that I had been chosen as the winner of the Big Ideas Competition at Kent with my business idea, "Codable", an online platform that helps tech companies hire the right developers. The winning prize was an all-expenses-paid trip to Virginia in the USA to pitch the idea at the finals.

So after several months of preparation, a fellow student, Olcay Kilincci, and I, had flown out to Virginia Tech to compete against 12 other teams from around the world at the VT Global Entrepreneur Challenge. Even though we did not win the grand prize, it was a once-in-a-lifetime experience; the entrepreneurial skills gained and connections made will no doubt be valuable in our future careers.

After several more months of further development, I revised and rebranded the idea as "VidCareer".

You can read more about my success at the following links:

An Android App for an Educational Poker Platform

For my final MSc project at the University of Kent, I created an Android app that teaches you how to play Texas Hold'em Poker. The app works by using an algorithm that calculates the player's hand score, or probability of winning (depending on which round is currently in progress), and recommends the best action for the player to take.

Of course, the app is to be used for learning purposes only and not during a real game.

The app was entirely coded from scratch in Java, using Android Studio, and was completed in September 2018. I also wrote an accompanying technical report (dissertation) of over 11,000 words. I am pleased to announce that the finished project and dissertation was awarded a Distinction grade.

The app is not yet available for download, as the algorithm is in the process of being improved for efficiency and accuracy.

TagNav is an app concept that was developed by two students (Asha Burathoki, Olcay Kilincci) and I, during our time at the University of Kent. It is very common for students to experience feelings of depression and isolation, especially when living on campus for the first time. To help ease the transition, we designed TagNav: an app which helps students connect with like-minded individuals by helping them to find interesting and relevant events on- and off-campus, without the added noise associated with existing social media platforms.

We were shortlisted as finalists at several business competitions in 2018, including the Business Start-Up Journey and the Big Ideas Competition.

Find out more information via the link below: 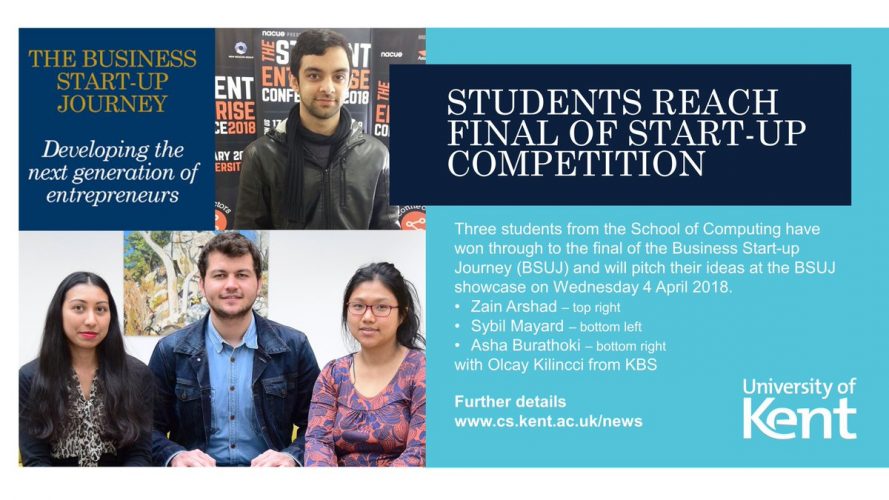 My first project was a personal website built in WordPress. Please view the site by clicking the button below.

Would You Like To Start A Project With Me?